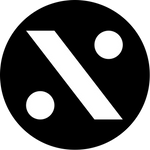 OneStake is a yield aggregator protocol that allows users to get the highest APR among all DeFi protocols that have been whitelisted through the DAO.

The goal of the protocol is to allocate capital as efficiently as possible between DeFi protocols. To do this, the protocol performs the following algorithm:

$OST is OneStake Finance's governance token. It enables a deeper engagement with the protocol by opening up the ability to participate in governance and further stabilise the protocol.